The vegetation on the mountain is additionally terribly varied and a few 2,500 species of plants are found here. The lower regions of the park are dominated by lush green montane forests with nearly 140 species of trees. Two famous species that grow in the moorlands are the giant lobelia (Lobelia deckenii) and the groundsel (Senecio vulgaris)

Above 4,000m 13123.36 feet one finds the moon-like desert, where not a lot of grows and the land is filled with rocks and dust. nearer to the summit, hikers are going to be rewarded with stunning sights of glaciers and a deep crater. Approximately 140 mammal species live in the national park, 87 of them are forest species.

Animals that roll here include elephants, leopards, buffaloes, various antelopes as well as the rare and vulnerable superior duiker also as primates such as the Black-and-white colobuses monkey and Blue Monkey. additionally, thereto, 24 species of bats and 179 highland bird species have also been noticed within the Mount Kilimanjaro national park. The majority of tourists to the park are hikers. As is to be expected, all have a similar goal in mind – to create it to Africa’s highest peak.

There are seven official routes to settle on from with the Marangu route being one in every of the simplest routes for inexperienced hikers and those in look for a small amount of additional comfort (overnights take place in huts). The Rongai route is that the quietest route and also the most suitable option if you climb within the rainy season as this a part of the mountain, gets the least precipitation. Camping routes like Machame, Lemosho, and Shira are a bit more difficult but also way more scenic. The most demanding however also the least used route is Umbwe, except for Rongai and Marangu, all different routes descend on the Mweka route. 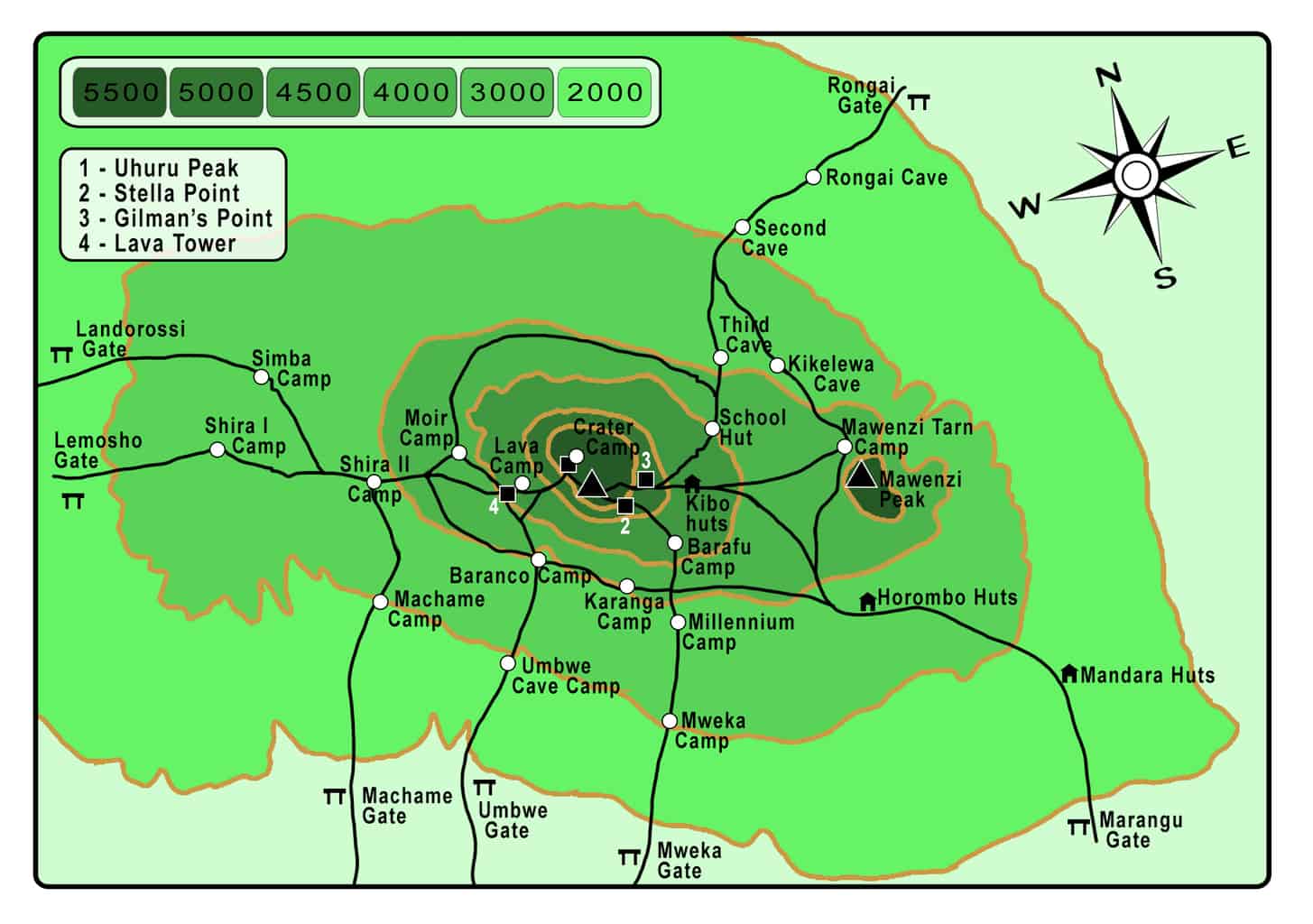 We offer all the main routes you can choose to climb Kilimanjaro but these are our best-recommended routes for your trip to Mt. Kilimanjaro.

Machame route (7-day trek + 2 hotel nights) – you can’t beat this route: it has a great success rate, fantastic scenery, and really varied trekking. The downside to being such a good route is that it can get quite busy.

Lemosho route (8-day trek + 2 hotel nights) – if you have 8 days this is our favorite climb: it is similar to the Machame route but starts further to the west and takes in a traverse of the Shira plateau. As a result, it is quieter at the start than the Machame route.

Rongai route (7-day trek + 2 hotel nights) – this route approaches Kilimanjaro from the northeast, near the border between Kenya and Tanzania. Its main attraction is that it is very quiet and traverses virtually untouched wilderness.

Northern Circuit (9-day trek + 2 hotel nights) – for those who have the time, this is now recognized as the best route of all for climbing Kilimanjaro as it combines all the beauty and scenery of the Lemosho route with full navigation of the northern side of the mountain which is really quiet.

Kilimanjaro climb full moon, or indeed a new moon climb, is often a popular time to climb. Summit night can be spent walking under the light of a full silvery moon so that you don’t even need a headtorch; or, since Kilimanjaro is situated on the equator, under a full sky of both north and south constellations. In fact, from high up on the peak, you can see the North Star and the Southern Cross in the same sky. If you want to avoid the busier nights on a full moon, we recommend that you offset your summit night. There can be no doubt that on certain nights the summit route can be very busy with a lot of people leaving camp at the same time and initially creating a bottleneck.

How Much Does It Cost To Climb Kilimanjaro? 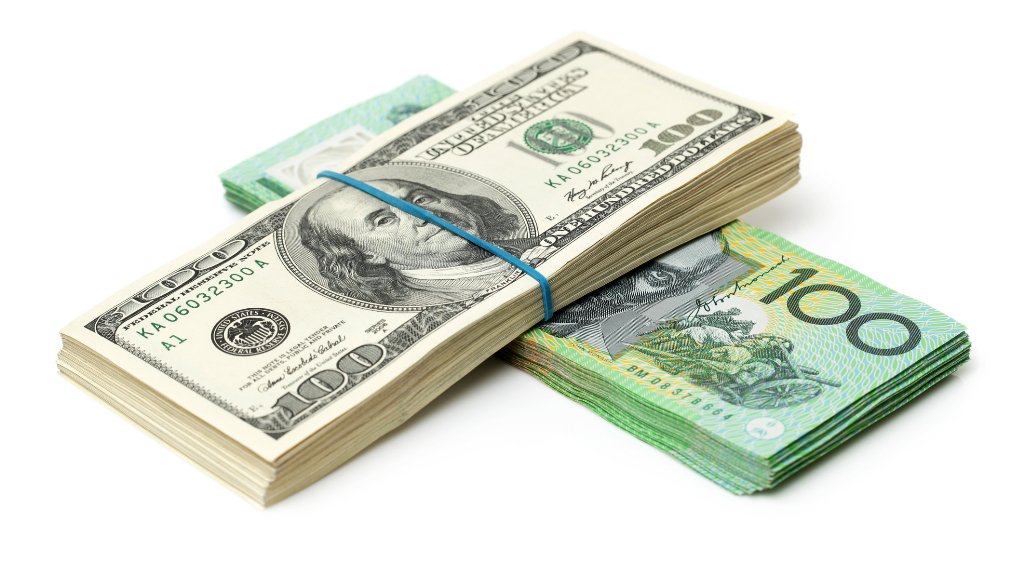 A full breakdown of Kilimanjaro trip inclusions and exclusions is on each route package but as an average, the Machame route 7 days hike cost is around $2,300 for a fully guided trip. Other routes are a little more expensive because the transport to the gate is farther away. Additionally, you will need a flight to Kilimanjaro airport near Arusha in Tanzania, a visa that you can buy on arrival, travel insurance, and personal expenses like meals in Moshi, kit rental, and tips.

You need to bring your own personal clothing and sleeping bag but we have a store with most items for rent. Sleeping bags, poles, waterproofs, flasks, duffle bags, and so on are all available. Tips generally come to 100 USD per visitor and this is given in local currency to Castro at the end of the climb. Do you like to know more about the Kilimanjaro trekking cost?

How long does it take to climb Mount Kilimanjaro? 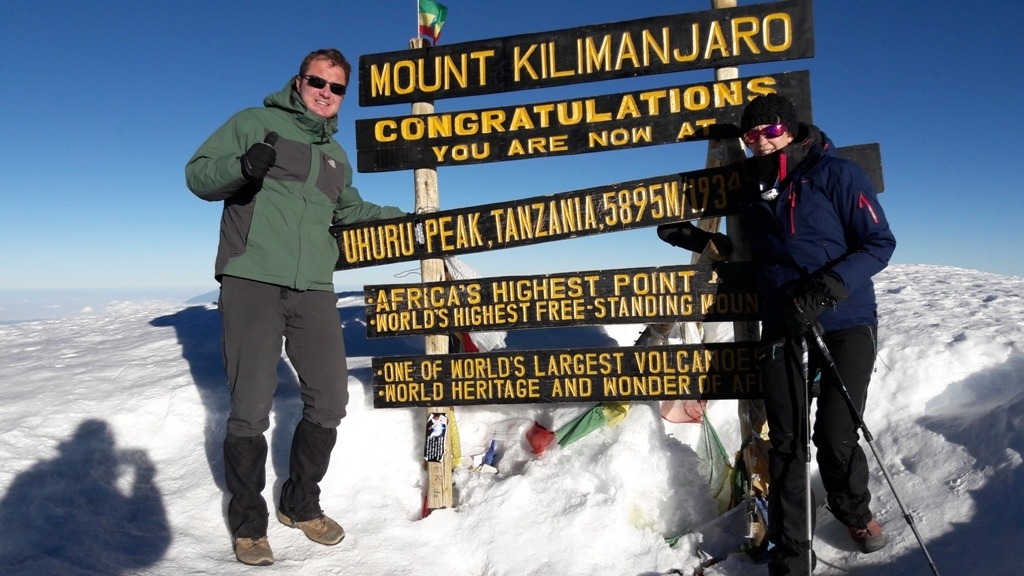 We have a policy never to run trips less than 7 days because it’s too dangerous to try and go to nearly 6000 meters in any less time. Of course, the probability will always dictate that some people do, but on the whole, those people suffer more and are putting their health at risk from potential altitude sickness. It’s better and far more fun to take a minimum of seven days and enjoy the experience. Some trips are 8 days which is even better.

But climbing Kilimanjaro is expensive nowadays, the Kilimanjaro climbing cost per day for a permit is over $100 so there is an incentive to try and climb the mountain faster. Given the time you could acclimatize on Mount Meru or even Mount Kenya first, but the majority arrive at Kilimanjaro International Airport (K.I.A) and go straight up Kilimanjaro.  Over several years now our experience shows that the success rate is about 95% for a seven-day trip.

If you add in a rest day at the beginning and the end of a climb then the time to climb Kilimanjaro is 9 days. You may ask what to do after climbing Kilimanjaro? most people opt for a short 4 days Tanzania safari to Serengeti, Ngorongoro Crater, Tarangire, and Lake Manyara national park to end up with a two-week holiday which can be spread over two weekends.

Expect warm early days to be 18 – 20 degrees Celsius, cooler days up higher around 14 degrees C, and summit day to be as cold as negative -5 with a Windchill of negative -15 degrees C. The mountain doesn’t experience a wide temperature range from season to season, so it’s much the same throughout the year. However, temperatures are determined by the altitude and the time of the day.

It can be wet and cold, hot and dry and sunny all in one day, and don’t forget the intensity of the sun at altitude means it’s important to protect your skin and eyes. The rainforest ( also known as cloud forest or montane at this altitude) around the base is warm and humid, the moorland and alpine desert are drier and cooler, while the arctic zone is of course very cold with snow and strong winds.

How Hard Is It To Climb Kilimanjaro? 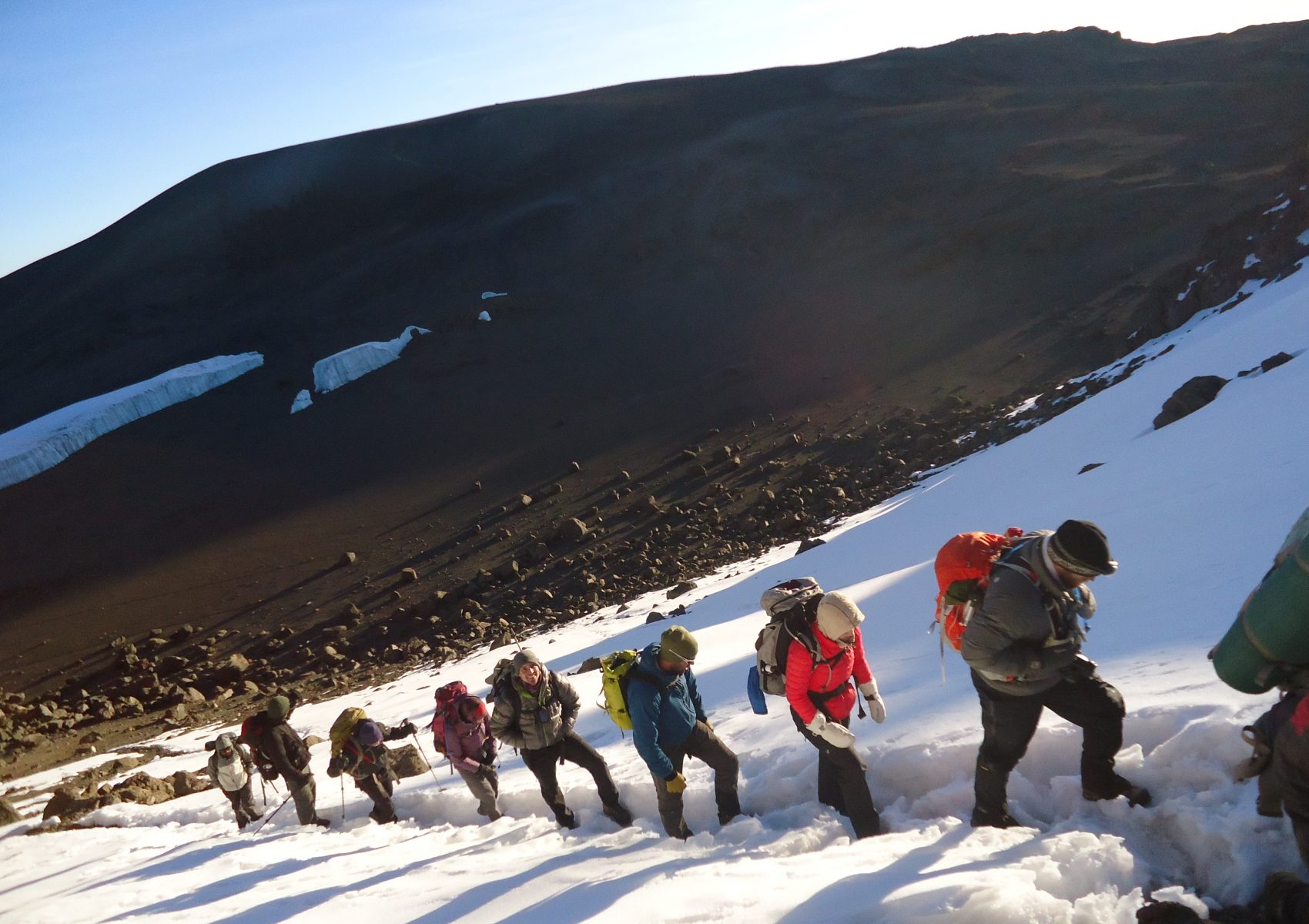 The terrain on Kilimanjaro varies during a period of seven or eight days and the days vary in terms of hardness. You are traversing the mountain over about 38 miles, ascending from 2000m to 5895m and back down, passing through cultivated farmland, equatorial forest, and alpine heath, across a lunar-like volcanic desert and up to a glaciated summit. It is not a technical climb and there are no precipitous drops along the way, no rock climbing or specialist equipment needed, but it is high! And the weather and temperature variance will make it tiring on your body.

The paths are in good condition and well-trodden; some are steeper than others (in particular the Great Barranco Wall is an exciting scramble) but obviously, they all get harder as you go higher. You will pant more easily, your muscles will feel more tired having had to work in an atmosphere with less oxygen, you will need more calories for the energy needed, and a combination of the hot sun (and strong UV) and cold nights will drain you too. The trick is to eat well, drink lots, sleep well and go slowly. It sounds easy but people lose their appetite, forget to drink 3 liters a day, find they don’t sleep so deeply at altitude, and often race ahead. A guide’s job is most commonly advising people continually on these four main tenets to give themselves the best chance of getting up and down safely.

On summit day the path is mostly scree and loses rock and dust and patches of ice and snow. In the early hours of the night the ground is hard so it’s quite easy, which is one of the reasons we climb at night, but as the sun comes up the terrain becomes loose and slippery, especially on the descent when your knees will probably suffer. Summit night is a long night, leaving at midnight to climb nearly 1300 meters to the top for dawn, and then all the way back down to the forest line in one day. Most people are really exhausted but also elated by the experience and the magnitude of the challenge. If you have ascended in the cold and wind and snow then there’s no doubting that it’s a big challenging day.

What Experience Do I Need For Mount Kilimanjaro? 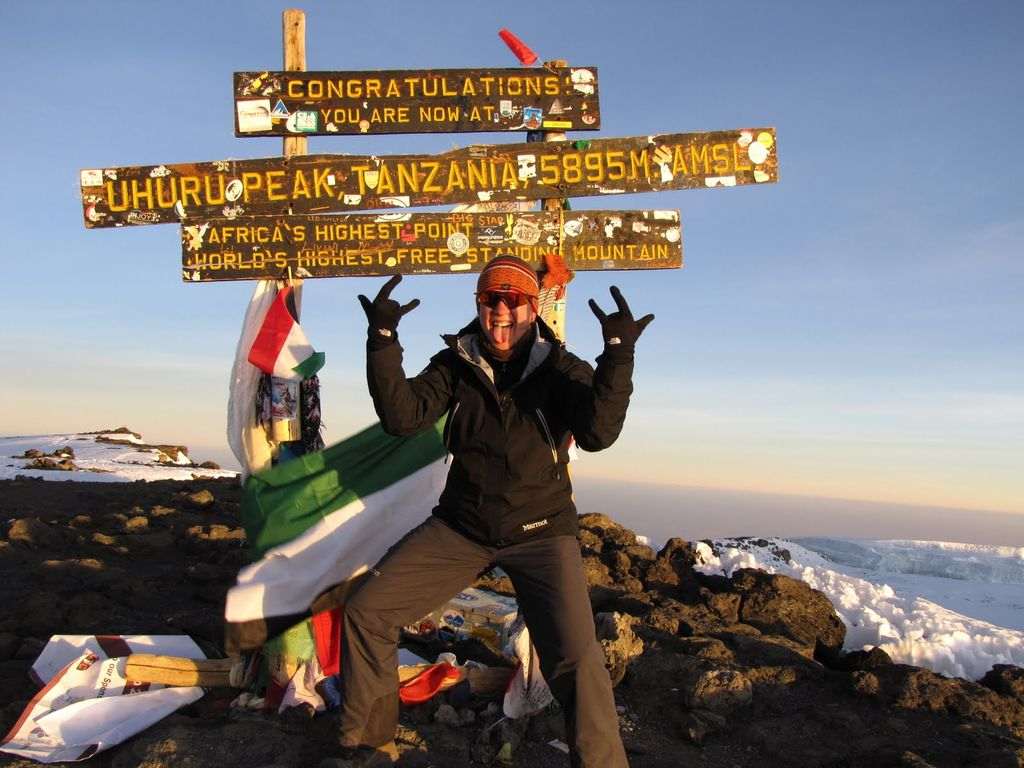 Kilimanjaro is non-technical but it does offer a full mountaineering experience. Experience in hill walking is a benefit but not necessary since this is a supported climb. You will have to be outdoors constantly and live in tents so any sort of experience with camping will be useful and a good level of training is expected, especially on the thigh and calf muscles.

It is not necessary to have any experience of high altitude to climb Kilimanjaro. The important factor will be to go slowly and allow your metabolism to adapt to the lower air pressure and the thinner air, and be aware of altitude health at all times.

For most people, the key moments on this trip are those hours on summit night in the dark when the hours seem to stretch ahead of you and the giant black bulk of the mountain never seems to get any smaller. This is really where character and teamwork come into play, and in this respect, the experience can take a back seat to just the fundamental willpower and collective spirit to the summit. Many people find this process quite transformative, it is inevitably a very personal experience to dig deep within yourself at over 5000 meters and push onwards and upwards. These are moments in life that are life-changing.