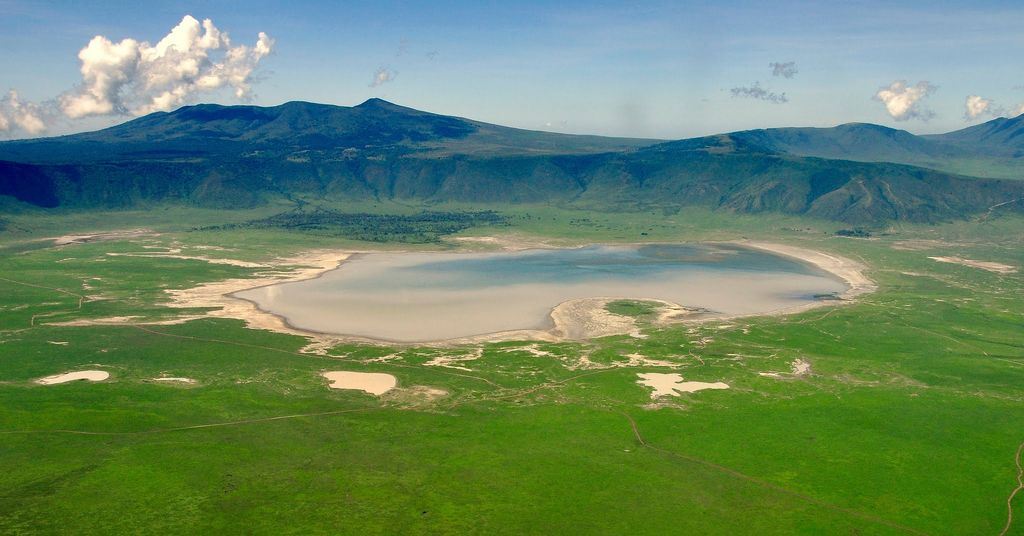 Prior to coming into the Serengeti is one among-st the seven natural wonders of the world: Ngorongoro Crater.
It is about a 3-hour drive from Arusha to the crater.

The Ngorongoro Conservation area is wherever a high concentration of Maasai lives and grazes their cows.
Within the Ngorongoro Crater and therefore the area encompassing it, the Maasai people share their resources with their animals. This area includes mount Oldonyo Lengai, a Maasai holy site which remains an active volcano to the northeast of Ngorongoro Crater. It also includes Olduvai Gorge, famous for being the location where the oldest human footprint on Earth was located in the 1950’s by the Leakey’s.

Ngorongoro derives its name from the Maasai who have lived within the valley area for the last 300 years.
Referred to as a results of the “crown jewel” of the Serengeti, Ngorongoro’s breathtaking views overlook a 2,000-foot drop to its volcanic caldera floor formed over 3 million years ago when its volcano erupted. A caldera forms when the land collapsed following a volcanic eruption.
Ngorongoro Crater’s is exclusive because it is one hundred sq. miles, 10,000 ft elevation from its rim to its floor (5,400 ft elevation), making it the largest caldera in the world.

The Ngorongoro Crater includes a unique Eco-culture within it as it is home to most of the animal species found in East Africa. This ecosystem is defined by the rim of the Great Rift Valley wall escarpment, making it difficult for animals to migrate out of the crater easily, due to its natural enclosure. The Ngorongoro Crater is inhabited by 30,000 animals during the dry season. Cool breezes at its rim produce ideal conditions inside the crater to stay animals cool throughout hot days, which encourages animals into entering it.

Early morning is associate degree particularly experience for game viewing. Ngorongoro Crater has 5 different points of pride of lions within it and 3 pride along with its rim. There are seven clans of canid inside it of that three hunts principally in the dark, providing 80% of the lions’ food. Its various species of wildlife drink from on the crater floor and different water sources flowing into the crater. There is a high chance of seeing the vulnerable black rhinos drinking from Lake Magadi.

When the Ngorongoro high land’s erupted three million years ago, it deposited volcanic ash containing phosphorous throughout the Serengeti, growing short grasses grow that contain high concentrations of phosphorous. As every cell of the wildebeest requires phosphorous, the wildebeest thrive on them during the short rainy season as they help to produce the milk for their newborns during calving season. As the young wildebeest grow strong grazing on the short grasses they are prepared for the migration season ahead.

The Ngorongoro Conservation Area includes Olmoti Crater. It is a medium size crater guests will hike into by foot. The climb to the crater floor is uphill and armed guards accompany guests. En route to the crater ground is spectacular flowering plants. At the bottom of the crater is a waterfall traveler will visit and is usually inhabited by eland and buffalo.

Empakai Crater is arguably the foremost stunning place inside the Ngorongoro Conservation area. From its rim, guests will see the active volcanic mountain, Oldonyo Lengai to the northeast. Looking down into the crater it seems pink from the large range of flamingos drinking from the lake on its crater floor. Along the walls of the crater ar a range of colorful flowers. Hiking to the ground of the crater takes a couple of 0.5 hour and therefore the hike back up takes about an hour,hikers must be accompanied by armed guards.

Be the first to review “Ngorongoro Crater” Cancel reply