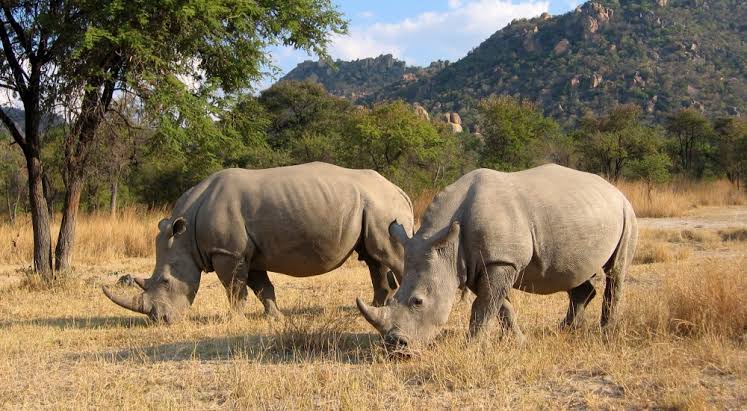 You’ll have the opportunity to visit the popular Amboseli National Park with an additional scenic view of Mount Kilimanjaro‘s snow cap that you just can’t ignore. As if that’s not enough, you’ll also have a chance to see a few big fives in Masai Mara and Lake Nakuru, the famous sanctuary of the Rhine and the land of birds.

Full day with morning and afternoon game drive in Amboseli (optional visit to Masai village). All meals and overnight stays at Kibo safari Camp Amboseli National Park are one of Kenya’s most popular wildlife sanctuaries. It is located near Kenya. Located near the border between Kenya and Tanzania, The Park lies at the foot of Mt. Kilimanjaro, Africa’s highest mountain (5,895 m) whose snow-capped summit offers a splendid view over clear days. Amboseli National Park is often referred to here as “the home of some of the largest Elephant herds found by Elephants.

The Game Park also includes large numbers of Zebras, Wildebeests, Giraffes, Buffalo’s, Hippos, Antelopes and others. Lions, leopards, Cheetahs, Rhinos and many plain animals gamed through thousands of meters of volcanic rock from Mount Kilimanjaro are also to be found at Amboseli. Animal species such as lion, zebra, wildebeest, giraffe, impala and leopard are seen.

Departure Amboseli in the morning From Nairobi for lunch and travel to the Great Rift Valley viewing sceneries en-route, arriving at the Pink Lake sometimes referred to so because of its Great Flamingo masses.Dinner and overnight at Lake Nakuru Lake Nakuru’s claim to fame is anchored on its flamingo’s and the over 400 species of birds found here.

The lake itself is a soda lake on the floor of the rift valley. The sight of the at times millions of flamingos is quite spectacular. From a distance the lake appears ringed in pink. The Lake has also earned a reputation as an important haven for endangered species- particularly the Rothschild Giraffe and the black and white rhino. Lions, water-buck, buffalo and baboons are all residents here.

Morning game drive, watch and photograph Birds and Animals, breakfast and departure to Masai Mara, arrive at lunch time. Game drive is taken at the afternoon. Dinner at the camp / lodge and overnight.

Full day in Masai Mara,morning and afternoon game drive. Meals and overnight stays at camp / lodge The Mara offers wildlife in such variety and abundance that it is hard to believe: more than 450 animal species have been recorded here. Lions, rhinos, hippos, crocodiles, giraffe, wildebeests, zebras, goats, warthogs, hyenas, jackals, wild dogs, deer, leopard, and many kinds of antelopes and elephants are easily seen.

Morning game drive then return to the campsite for breakfast .We drive to Nairobi where the safari ends to arrive by 1400 hrs. End of our 6 Days Amboseli and Masai Mara Tour.